(TargetLiberty.org) – Mail-in ballots sound like a good solution to social distancing during an election, but the price we pay for them may be higher than most people realize. Naturally, safety is always going to be a concern, but what about the safety of the country as a whole?

Certainly, we should consider all potential solutions. At the same time, we need to factor in the risks that accompany them.

The drive to expand vote-by-mail options during the coronavirus pandemic has emerged as the centerpiece of a growing political fight ahead of November’s election. Here are key issues surrounding the debate: https://t.co/o1x7Bc6wJS

Voters who prefer to cast their ballots in person typically have concerns such as making sure only legitimate voters are participating in this important process. This is why state IDs are such a hot talking point. Without verification at the polls, states can’t guarantee who’s actually voting. Even if digital voting from home was an option, there’d still be identification concerns, and the majority of the solutions would come with their own threats.

The lack of a verifying process is an affront to voters who are taking the time and effort to show up at a polling place on election day, presenting valid Identification. In-person voters at the polls may not get help from another person, yet absentee voters can easily get assistance or be influenced when preparing a mail-in ballot.

At the beginning of April, 80% of police agencies questioned by NBC News had reported a range of 6% to 20% increase in domestic violence cases — and these are just the ones we know about. Stressors like differing political beliefs combined with a lockdown could also lead to forced votes. And, that’s just one issue.

The whole point of an electoral system is for each legal citizen to be able to have their say in electing officials they feel best-suited to govern them. While mail-in votes make sense when you’re unable to physically get to the polls (such as those who are deployed). To force it almost across the board is almost a guarantee the voices of the most vulnerable US citizens may not be heard at all. 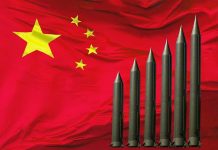