(TargetLiberty.org) – Michigan Republicans are challenging a Department of Justice (DOJ) decision that lets their state’s governor off the hook on allegations she violated the civil rights of nursing home residents during the COVID pandemic. Last year, Governor Gretchen Whitmer (D) had elderly COVID patients sent to nursing homes, where many of them passed on the disease to others – and many died.

Many Republicans repeatedly criticized this strategy, advocating for COVID patients to be sent to separate facilities where they couldn’t infect anyone else. Whitmer’s decision led to widespread protests and a request from the DOJ for data on the outcome of the policy.

Now, we have a new administration. On July 22, the DOJ announced that it wouldn’t be carrying out a civil rights investigation. Michigan’s attorney general has also refused to investigate, claiming that there wasn’t enough indication that any law had been broken.

ICYMI: I wrote a letter to the DOJ Inspector General asking why the DOJ chose not to investigate Gov. Whitmer's neglectful handling of Michigan nursing homes during the pandemic.https://t.co/s6GRpwa27v

Three Republican legislators are pushing for the DOJ itself to be investigated. State Representatives Lisa McClain, Tim Walberg, and Bill Huizinga have written to Michael Horowitz, the DOJ’s Inspector General, asking for a formal probe into the decision not to investigate Whitmer. They want Horowitz to find out who made the decision, what data Whitmer provided that justified dropping the case, and whether anyone from the Biden administration intervened. Finally, they want Horwitz’s office to brief them personally on whether he decides to open an investigation.

Hopefully, they’ll get some answers. 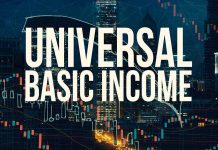