On Thursday (November 17), the host of MSNBC’s “Mehdi Hasan Show” was mocked for claiming former President Donald Trump’s family was never investigated by House Democrats when they held the majority in the lower chamber.

Mehdi Hasan took issue with the announcement, asserting that House Democrats never did that to Trump’s family.

Taking to Twitter, Hasan acknowledged that his followers could be “as mad as you like about House Republicans kicking off” the first day “after winning the House with a massive investigation into the Biden family.”

However, he implored them to ask themselves “why House Democrats didn’t do this for *the Trump family.*”

Hasan then noted his followers would be asking themselves on the day House Speaker Nancy Pelosi is retiring.

Hasan’s replies and quote tweets were full of people correcting him.

Oklahoma State Senator Nathan Dahm (R) noted a “quick internet search” would prove that Hasan’s statements weren’t factual and that Democrats had used their House majority to investigate Trump and members of his family.

Dahm went on to call Hasan “fake news” as he hadn’t reported facts.

Strategist Yossi Gestetner, replied with a screencap of an ABC News article from 2019, relaying that Ivanka Trump and Jared Kushner had been subpoenaed by House Democrats.

Columnist Brad Slager tweeted four screencaps of four headlines, all highlighting that House Democrats also embarked on investigations into Trump’s family as one of the first things they did after winning the majority in 2018. 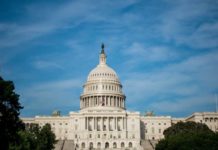