(TargetLiberty.org) – The housing market has been in good shape for quite a few years. It has fully recovered from the disastrous 2008 crisis and has since hit new records. During the pandemic, it began to soar as the Federal Reserve dropped interest rates and buyers were able to get loans with 2% to 3% fixed mortgage rates. The price for a new home has now reached a historic high.

While the prices for homes continue to rise, sales are cooling. According to NAR Chief Economist Lawrence Yun, home sales are back to pre-pandemic levels after “two years of gangbuster performance.” Existing home sales fell to a seasonally adjusted rate of 5.41 million in May, which is an 8.6% decrease in sales from May 2021 when 5.92 million properties sold.

May was the fourth month in a row where home sales fell. Yun said he thinks sales will drop more as houses become harder to afford because of the prices and rising mortgage rates. For some sellers however, there is good news. He explained homes “priced appropriately are selling quickly.”

Will the Bubble Pop?

In 2008, when Lehman Brothers collapsed and the housing market followed, it was primarily because too many buyers purchased homes they could not afford. Subprime mortgages, or mortgages to people with low credit scores, were out of control. Many of those people signed loan agreements with adjustable rates, which added to the problem.

An adjustable-rate mortgage (ARM) is a home loan where one’s interest rate changes over time depending on market fluctuations. During the 2008 crisis, Americans with ARMs saw their rates surge and millions of them were no longer able to afford their mortgage payments.

Fast forward to 2022, those mortgages are gaining in popularity again. According to a June 21 report by Insider, demand for ARMs has increased as the Federal Reserve hikes its rates and mortgage rates climb as well. Zonda Chief Economist Ali Wolf told the website that although the mortgage loans aren’t “inherently bad,” a large number of people with those rates caused big problems during the last housing bubble. Wolf explained almost 35% of all mortgages in the 2000s had adjustable interest rates.

With housing prices rising and more people taking out adjustable mortgages, it seems there is a recipe for disaster. Whether it manifests into another housing collapse remains to be seen. 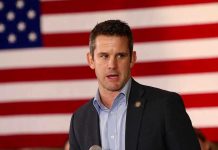