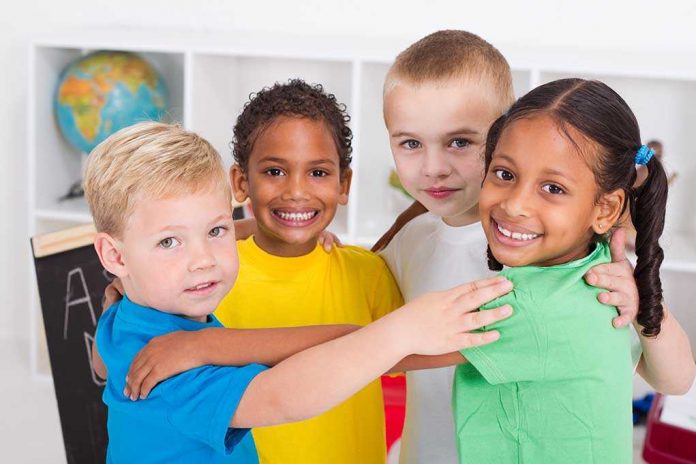 Is Nothing Sacred? Children’s Co Called Out For Obvious Agenda

(TargetLiberty.org) – It seems the message “Go woke, go broke” is taking some time to get through to America’s CEOs. Now it’s Crayola — a company targeted towards children — that’s pushing a far-left agenda on its customers. The crayon manufacturer is promoting identity politics, and parents aren’t happy.

'Woke' Crayola faces boycott after being accused of pushing transgender agenda to children: 'Just let them be kids!' https://t.co/s2zem5OxLb

Crayola LLC has been selling wax-based crayons to American kids for over 130 years. It also makes Silly Putty and a wide range of art products. The company markets all of its offerings as non-toxic and child friendly, and most are targeted specifically at 2 to 10-year-old kids.

The company has now used its social media accounts to promote a transgender model. Julian Gavino, who also calls himself “The Disabled Hippie,” appeared on Crayola’s Facebook and Instagram pages to promote Disabled Pride Month. Although the purpose of the month is to celebrate the 1990 Americans with Disabilities Act, Crayola took the opportunity to let Gavino talk about how he “identifies as a transgender man” and wants to “normalize” trans bodies. The posts were illustrated with photos of Gavino wearing high heels, a leopard-print jumpsuit, and a chain bra.

The reaction from parents was furious. One said on Twitter, “WTH?! No more Crayola. There are a lot of other brands to buy from” — then added the hashtag #BoycottCrayola, which was already trending within hours of people noticing the posts. Many more parents joined the criticism, saying they would buy from other companies from now on and calling for Crayola to “stick to crayons,” drop the politics and “let them be kids.” As of July 26, the Facebook and Instagram posts were hidden.