(TargetLiberty.org) – President Joe Biden insists he plans to run for a second term in 2024, but a new poll shows most Americans aren’t even sure he should. Voters just don’t think the president is mentally capable. A Harris/CAPS poll shows a majority of Americans are questioning Biden’s fitness for the job.

NEW Harvard-Harris poll: Only 39% of independents believe that President Biden in "mentally fit" vs 61% who say they "have doubts about his fitness"https://t.co/UbIB2zwk6E

Asked if they thought the president was mentally fit to be in office, 53% said they have doubts about his fitness, including 19% of Democrats and 61% of independents. That’s close to figures released from another poll on Monday that shows 56% disapprove of Biden’s record in office overall.

The Harris/CAPS poll suggests voters could be reluctant to trust Biden with another four years in the White House. Sixty-two percent believe he’s already “showing he is too old” to be president.

There’s also widespread unhappiness about the state of the country, particularly the economy. Less than a third of respondents feel the country is on the right track and barely over a quarter think the economy is heading in the right direction. Only 16% believe the US will avoid a recession, while 36% think we’re already in one.

In terms of party support, 47% of registered voters are currently backing the Republicans while 42% support the Democrats. With growing doubts about Biden’s competence, and most Americans worried about the economy, November’s midterm elections could be a political bloodbath for Democrats. 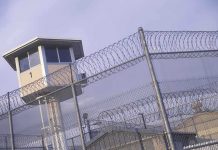